18 year old Mac Zamani has been a patient at the RCH Gender Service for the past five years. He credits their incredible care and support as the reason why he is a proud voice for transgender youth.

In primary school, everyone knew Mac as a ‘tomboy’. He loved being a part of scouts, where he’d go camping, hiking, and learn practical skills with friends. He also enjoyed going to his primary school, which promoted self-directed learning and an open environment.

“My primary school offered alternative learning to traditional primary schools, they didn’t care that I wore the boy’s uniform, hung out with the boys and did stereotypical guy things. Everyone called me a ‘tomboy’,” said Mac.

It wasn’t until the end of primary school that Mac began considering gender roles and his own identity.

“When you’re 12 years old, you’re learning about puberty and becoming a woman and the gender expectations ramp up. To me it didn’t feel right,” said Mac.

“It wasn’t until I started high school that I began a journey of discovery. I started thinking about why I had a disconnect with womanhood and why I didn’t relate to other girls.”

It was at this point that Mac identified as male. He initially told a close friend but waited a further six months before telling his parents and others.

“I had it all planned out about how I’d tell them, but I ended up just crying non-stop. However, my parents took it really well and were very accepting,” said Mac.

“I was so scared because other examples in society of trans people coming out were negative, and I had been struggling with my mental health for a few years so this was possibly the reason for it. That was five years ago, now there’s a lot more positive stories.”

Mac attended a conservative Christian high school and was its first openly transgender student. His teachers were also supportive, but there were still many hoops to jump through to get recognition.

The week Mac came out, his mum Ann started researching to find more information and support services. Mac joined a local HeadSpace LBGTQIA+ support group which he credits as a big part of his life and a significant support network at the start of his journey. Ann also found out about the RCH Gender Service and got a referral for Mac when he was 13.

Due to demand, Mac waited eight months before he could be seen by a clinical nurse consultant from the FASST Clinic. The clinic had just completed its trial period, and Mac was one of the first young people to be part of the official triage process.

“The triage appointment was incredibly helpful, going through my history, mental health, my support network, names, pronouns and gender identity. It was the first time having a conversation like that with an adult that was so normal about it, they knew more about trans related issues than me, which was cool,” said Mac.

With support systems in place, Mac waited a further six months before he became a patient of the Gender Service with Associate Professor Ken Pang as his lead paediatrician.

Over the past five years, through the care of the Gender Service, Mac has been able to address his gender dysphoria with gender affirming care, including psychologist support, speech therapy sessions to help lower his voice, testosterone hormone therapy and finally, booking in for his upcoming top surgery.

Mac is also enrolled in the Trans20 study, the first comprehensive longitudinal study of transgender and gender diverse children and young people in Australia. Before his first Gender Service appointment, and then at regular intervals every year, Mac and his parents fill out a comprehensive survey to understand his physical, mental and social outcomes.

“I wanted to be involved in the Trans20 study because it is important for the next generation of trans and gender diverse young people to know what their future can look like. Currently there isn’t enough information around long term outcomes which also has resulted in a lot of misconception. So it was important for me to be part of the solution,” said Mac.

“In the survey, certain questions are asked each year and include your previous year’s response. It’s both a reflective and refreshing experience to see how things have changed and how far I’ve come each year. It is also helpful because when I’m struggling, the survey is a non-confrontational way of starting a conversation about additional support with the team.”

Mac is nearing the end of his time with the Gender Service, and his future is looking bright. Next year he’ll finish high school and will be referred to an adult endocrinologist for any ongoing care needs. Mac has dreams of working as an occupational therapist specialising in trans youth and will continue his work in trans and disability advocacy.

Mac also has this message to other young transgender people: “There are people out there who truly love and accept you and there is support here for you. Starting medical transition isn’t the start of being trans, you being you is enough.” 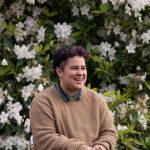 Learn more about the Trans20 study ​