Each year in Australia, over 250,000 people are diagnosed with epilepsy. Yet, for around half of those, including around 35 per cent of children, the cause of the epilepsy is unknown. Thanks to the Rats of Tobruk Neuroscience Fellowship, supported by the Rats of Tobruk Association, teams across the RCH are hoping to change that.

A disease of the brain, epilepsy is characterised by the tendency to have recurring seizures and can take many forms, with the age of onset also differing and affecting each patient very differently.

As the 2022 recipient of the Rats of Tobruk Neuroscience Fellowship, Dr Sameer Dal is investigating the causes and outcomes of epileptic spasms in children from one year of age.

“The RCH is nationally and internationally recognised in epilepsy programs, and I feel privileged to be selected for such a prestigious training opportunity and to work as a Rats of Tobruk Neurology Fellow, with Dr Simon Harvey, Director of the Children’s Epilepsy Program at the RCH, and the Neurology and Epilepsy teams,” Sameer said.

Through the fellowship, Sameer and his colleagues are currently one year into the two-year project, which looks at children who develop epileptic spasms after their first birthday. While the majority of children diagnosed with epileptic spasms develop spasms between four and seven months old, some children develop seizures later and, in many cases, have worse overall outcomes. It is anticipated findings from the study will have a major impact on treatment and health outcomes for these children.

“There has been a lot of work and research done on early onset spasms, but there isn’t much research looking at children who develop spasms after one year of age. We are aiming to identify the clinical profile of these patients, the causes of epilepsy for this group and how it differs to the typical epileptic spasms group,” Sameer said.

Sameer is retrospectively looking at children, both from Victoria and interstate, who presented to the Royal Children’s Hospital, Melbourne with spasms after one year of age over a 10-year period – which is no small feat. He is looking at how the children presented, how the spasms and their neurodevelopment progressed, as well as their genetics and imaging data.

Over the past five years there has been an explosion in the advancement of neuroimaging technology such as the introduction of cutting-edge magnetic resonance imaging (MRI) techniques to map the brain nerve fibre tracts, a method known as ‘tractography’, functional MRI and PET scan. There have also been major advances in genetics and genomic testing, with the ability to quickly sequence a patient’s genome, meaning the team are uniquely positioned to scrutinise this group of epilepsy patients.

And already, the clinical audit is producing  positive results.

“From our experience and preliminary evidence, we understand that most of these patients have structural causes, or a malformation that can be identified via advanced neuroimaging – and, in many cases, can be corrected by surgery,” Sameer said.

Sameer’s work will have a profound impact on patients like Piper, who experienced her first seizure when she was 17 months old.

After her first seizure, she was rushed to the RCH and within four hours and after 27 more seizures, she was placed into an induced coma. As the seizures continued, with no apparent cause that could be found, Piper’s parents opted to undertake a full genome sequencing for Piper where they discovered a rare syndrome that causes the onset of severe epilepsy which was able to be treated through a vagal nerve stimulant implant.

“It could have been very dire, and we could have ended up with a very physically incapable little girl. But being able to access the world leading care at the RCH saved her,” said Piper’s mum, Sara.

“This finding could have widespread implications for children like Piper, as rather than relying solely on medication, in many cases there is a surgically-remediable cause. With increased awareness of late-onset- epileptic spasms and the cause, we can ensure there won’t be a delay in the diagnosis for these children, which will lead to better medical and surgical treatments and better overall neurodevelopmental and cognitive outcomes.”

Following the project, the team will develop a diagnostic criterion and define what late onset spasms are, as well as work with the wider paediatric neurology community to increase awareness.

“Without the generous philanthropic funding from the Rats of Tobruk, my neurology work here at RCH and this research wouldn’t have been possible, so I am immensely grateful. It really is a dream come true.” 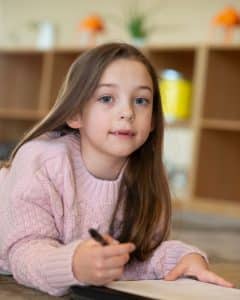 Sameer’s work will have a profound impact on patients like Piper, who experienced her first seizure when she was 17 months old.​