11 year old Sam was unconscious when he arrived at The Royal Children’s Hospital following a car accident that left him with severe head, spinal, and upper body injuries.

He would go on to spend the next 60 days in a coma in the intensive care unit before opening his eyes and seeing his parents for the first time since the accident.

With your support, kids like Sam can receive the best possible emergency care in their time of greatest need.

Please donate today to help give sick kids the greatest gift. Thank you.

It was just an ordinary day. No one expected it to go the way it did. By the end of that day 11 year old Sam was at the RCH fighting for his young life.

It was Lisa’s usual day off. She was waiting at the school bus stop for her twin boys, Sam and Luke. Lisa hurried the boys into the car and stopped to do some errands on the way home. It was just another day.

“Then we went around the corner and up over the hill, like I do every single day of my life driving in Red Hill. Sam was in the back seat, Luke was in the front. I literally had enough time to say, “He’s on the wrong side of the road,” and that was it. We hit.”

Neil, Lisa’s husband was at the local hardware shop. In fact, Lisa had waved to him on her way past only moments before. He remembers: “the phone call went off, ‘Quick, quick. Your family’s been in an accident. It’s not good.’ So, I jumped in the car, went around the corner and it was chaos.”

Neil quickly realised Luke and Lisa were hurt but still alive. But Sam was motionless, his lips blue. As a volunteer firefighter, Neil knew from experience that Sam needed the most attention. Amazingly Neil had the presence of mind to pull Sam out of the car and start CPR, when a passer-by, who was an emergency nurse, stepped in to assist.

Soon the emergency services were on the scene. Lisa and Luke were taken to separate hospitals, and Sam was taken by air to the RCH. Neil went with Sam, who had been stabilised enough to be moved.

And the longest night of their life began.

Neil knew Sam was in the best place possible, the RCH – and that gave him hope. Lisa and Neil never thought they’d need the RCH, but thanks to supporters like you, it was there when they did. They knew he was getting the best possible care.

When Neil first saw Sam in the hospital he was shocked to his core. “He wasn’t doing anything. He looked a mess. We didn’t have eye movement. We had no body movement. We weren’t sure what we had mentally because of the lack of oxygen.”

Associate Professor Warwick Teague, Director of the RCH Trauma Service was one of the staff caring for Sam when he arrived. “From the moment he was first attended to, Sam had stopped showing any signs of awakeness, which gave us grave concerns that he had a significant head injury. We would soon learn that he also had significant spinal and upper body injuries. These injuries required extensive support from our expert neurosurgical and spinal surgery teams.”

Every day for 60 days Neil and Lisa (who was still recovering from her own serious injuries) lived with the possibility that Sam would not recover, as he lay unconscious in the intensive care unit. They worried that sooner or later they would have to turn off his life-support.

Then finally, a glimmer of hope.

On his 60th day in hospital, the RCH doctors saw movement in Sam’s eyes. Soon he would open his eyes and see his parents for the first time since the accident.

A/Prof Teague recalls: “This was cause for optimism, in the blink of an eye we knew Sam was a child that we would be able to communicate with and get to know.”

The road to recovery was starting

Sam had a huge team of specialists, doctors, physiotherapists and occupational therapists at the hospital working with him every day. And his spirits were kept high through the support of some of his favourite icons including players from the Richmond AFL Football Club.

Soon, the intensive treatment from his dedicated team started to pay off.

Sam had some slight movement in his hand and could now communicate using his eye movement through a device called a Tobii. The challenge then was to get Sam home for Christmas. Their first Christmas after the accident was very special, with the family together at last.

Like Sam, there are many children in hospital right now who desperately want to be with their families this Christmas. 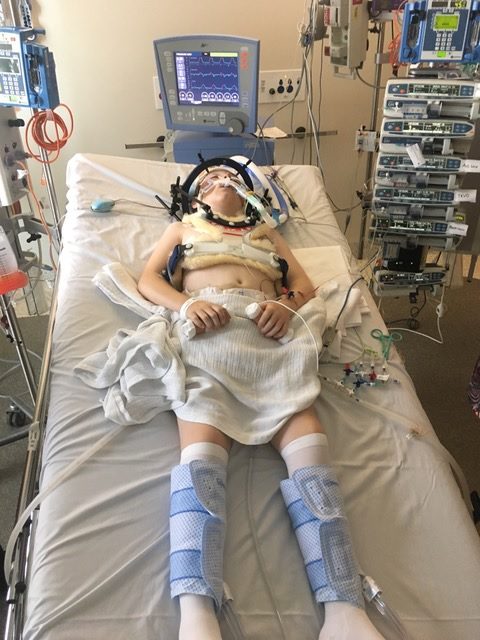 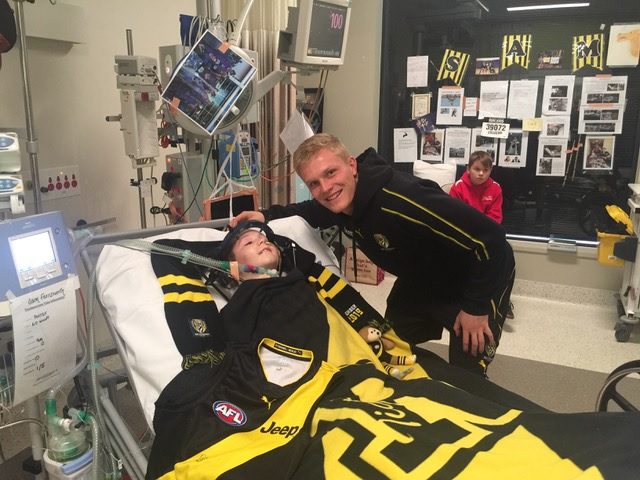 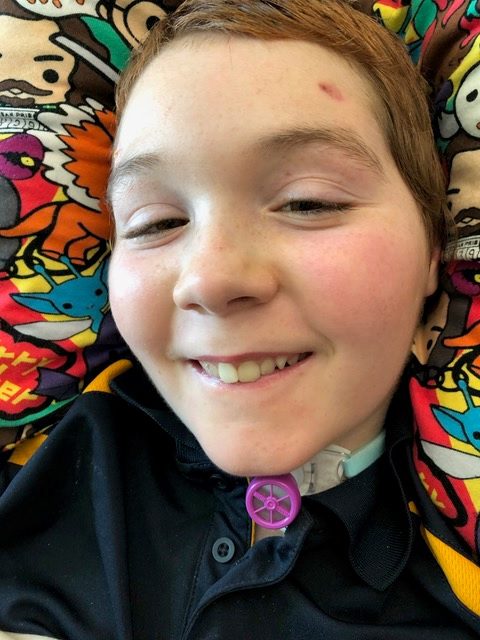