Hayden Hickey is an active man. He spends his working days at a truck wreckers dismantling machinery and at 71 years old, Hayden doesn’t plan on stopping any time soon. It could be the Queensland sun and fresh country air that keeps him going, but Hayden credits it all to The Royal Children’s Hospital (RCH).

Originally from Swan Hill in regional Victoria, Hayden was taken to the RCH as a toddler to undergo major surgery. Although he doesn’t recall the name of his condition, Hayden now knows that his heart is not in the right position, laying down on its side across the middle of his chest. He remembers his mother telling him the surgery was to relieve the multiple points of pressure on this vital organ from his ribs. It was a complicated surgery and Hayden had to be resuscitated three times during the procedure.

Hayden faced many health complications in his early childhood due to his heart condition; he was in and out of hospital with bouts of pneumonia and infections with his chest scar, delaying his school start by a year. As he grew, he became stronger and continued to visit the hospital for check-ups until he was 16 years old.

“From what I gather I wasn’t supposed to live, but I kept going. I wouldn’t be here without the RCH, the doctors, nurses and surgeons who treated me,” said Hayden.

Despite this early setback, his condition has never stopped him living life to the fullest. Hayden has played over 600 senior games of football and has spent his working life as a carpenter, joiner, builder and farm manager. When he goes for check-ups now, doctors are often surprised at how fit he is despite his rare heart position.

Hayden and his wife Carolyn, who have been together for 39 years, reviewed their Wills last year. While reflecting on his good health, Hayden made the decision that he would like to gift a significant part of his estate to the RCH and join the 1870 Society.

“You see so many kids that don’t get the chance that I had, some don’t make it. Carolyn and I don’t have our own children so I wanted to give something back and make a difference,” said Hayden.

Despite not wanting to retire, Hayden would like a “break” from work. The Hickeys plan to sell in Queensland and travel before resettling in Bendigo. There, Hayden will continue his hobby of restoring vintage cars, and will be close enough to Melbourne to visit the RCH again, this time as one of our most wonderful supporters. 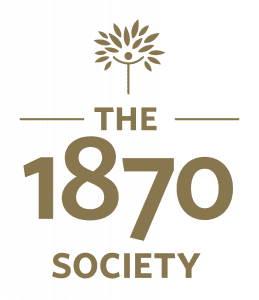 Hayden as a child.