Alex Moller could never have imagined the impact his live broadcasts would have on adventurers across the globe when he stumbled across a UooUoo in Melbourne’s Botanical Gardens. The actor and videographer saw an opportunity with Me and UooUoo: The RCH150 Anniversary Art Trail, to not only raise awareness of art culture but also highlight the importance of paediatric healthcare after his nephew’s life was saved at The Royal Children’s Hospital (RCH) many years ago.

During a live-stream tour of Melbourne, Alex came across the UooUoo, ‘Art Can Change Your World’ by Jacklyn Foster and was eagerly questioned by his online viewers to find out more about the fascinating sculpture.

“Discovering the UooUoos was a positive accident that quickly turned into an unforgettable journey for me and UooUoo adventurers around the globe.”

“Sometimes I would have over 300 people tuning in to explore the trail with me. They would ask for artist information, the inspiration behind the design and the unlock codes so they could collect each UooUoo via the app from wherever they were in the world. People were just so fascinated to learn about the hospital and follow me on the adventure.” The single 50-minute live broadcast tour quickly turned into a five-part series, with Alex even venturing to Geelong to appease his growing online following.

“Some of the most loyal viewers were Melburnians who would have struggled to cover the distance if it weren’t for the virtual sculpture hunt. Me and UooUoo really touched the lives of thousands of people far beyond the arts community.”

Alex personally came to appreciate the importance of the RCH after his nephew Ethan became a life-long patient after being born with a facial tumour. Ethan required extensive treatment to overcome his medical challenges which continued throughout his childhood, after being diagnosed with Chron’s disease at the age of five.

“Ethan’s condition had a huge impact on our family, but the medical technology and care provided was phenomenal. I can’t imagine how he would have survived without the RCH.”

Thanks to treatment at the RCH, Ethan is now 15-years old and has a bright future ahead of him. He also embraced the art trail and was able to discover 60 of the UooUoos in the wild.

In honour of Ethan, Alex wanted to do more to support the hospital, so requested small donations from his loyal following to join him at the Me and UooUoo auction, with all funds raised generously donated to the RCH.

Learn how you can support the RCH  and read more about Me and UooUoo: The RCH150 Anniversary Art Trail.​ 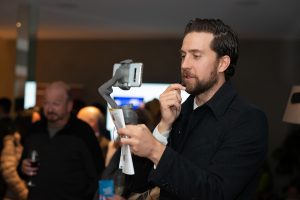 Learn how you can support the RCH  and read more about Me and UooUoo: The RCH150 Anniversary Art Trail.