The Lewis Family have generously supported The Royal Children’s Hospital (RCH) for a number of years. Granddaughter Olivia’s treatment and care provided by the RCH was the catalyst for Phil and Sue Lewis’ support.

Born with a heart defect, Olivia spent her first weeks of life at the RCH in Koala, the cardiac ward.  At six days old, she had her first open heart surgery. A second followed five weeks later and her major repair was done at six months. Olivia is now a healthy, active six year old.

Phil, Olivia’s grandfather and the Director of Five Squared Property Group, a proud family run business, explained that the family wanted to give back as a way of saying thank you for her care. 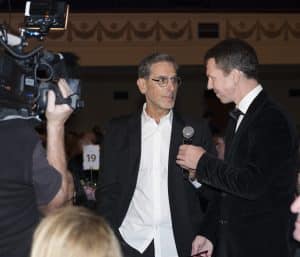 “Everyone from the Cardiology team, the doctors and nurses, were tremendous. We wanted to give back as a way of saying thank you and recognising their great work,” said Phil.

Following Olivia’s admission at birth in 2013, the Lewis family created ‘Olivia’s Gift’ which has seen the family generously donate significant funding for the purchase of a portable Ventricular Assist Device, a machine that supports or completely replaces the pumping function of a failing heart.

The family have also supported the RCH Foundation through the Bed Sponsorship program, sponsoring beds in Koala and have raised over $130,000 by participating in the Run for the Kids. Most recently, the family have supported the RCH Foundation through their business, Five Squared Property Group, as a Leadership Sponsor of the RCH150 Anniversary Dinner.

“Olivia is an amazing inspiration and continues to thrive. We will always be indebted to RCH for their expertise, care and support.”