Nothing can prepare you for the devastation of losing of a child. In Australia, it’s a harsh reality that cancer claims the lives of 25 per cent of all young people diagnosed annually. Robert “Connor” Dawes and Zoe Stanley are two very special individuals who fell victim to aggressive brain cancer and now their families and support networks are bonding together to help change the future for other children.

Penny’s passion to start Zoe’s Fight to raise funds for the RCDF was inspired after the family took part in Connor’s Run, RCDF’s keystone event. The RCDF was first established in 2013 by Liz Dawes, Connor’s mum, after the energetic, positive and athletic 17-year-old lost his battle with an aggressive brain tumour. Committed to continuing Connor’s passion and legacy of Aeternum Fortis meaning Eternal Strength, in just five years the RCDF has made a significant impact in funding brain cancer research and support, helping improve the lives of kids just like Connor. This passionate group of people are a fundraising force to be reckoned with, with year round fundraising events held across Australia and America, all spearheaded by founder Liz Dawes.

“Taking part in Connor’s Run while Zoe was fighting the cancer really helped give us purpose and drive during this awful time,” said Penny. “We’re incredibly grateful to Liz who has been a wonderful support for us, and has helped us create an impactful, long-lasting legacy for our beautiful little girl”.

It was through Liz’s guidance and close working relationship with Dr Jordan Hansford, one of Zoe’s treating clinicians, that the idea of the Zoe Stanley Clinical Trials Coordinator position was developed. Funded through the RCDF with support from Zoe’s Fight’s fundraising initiatives, the position will hopefully be an important piece of the puzzle in helping to find a cure for brain cancer.

“We feel privileged to help create a meaningful legacy in Zoe’s name through the establishment of this important role in helping bring clinical trials to paediatric brain cancer patients at the RCH,” said Liz. “Zoe’s family and community have been passionate about raising money and awareness and this position is a wonderful result of their efforts. I know it will make a difference to other children facing this cruel disease.”

Clinical trials are vital for the treatment and care of patients across the RCH, and are even more urgent for those diagnosed with brain cancer. The ability to take part in national and international clinical trials allows patients access to ground-breaking treatment initiatives and to contribute to the overall research that can have potentially life-saving effects for generations to come. The appointment of a dedicated Phase 1/2 Solid and Brain Tumour Clinical Trials Coordinator will help allow clinicians to open studies offering new and exciting therapies to the children of Victoria.

“Clinical trials form the backbone of our clinical care for all children,” said Jordan. “In children with relapsed or refractory disease, open clinical trials are critical to offering any hope to families. Collaboration between philanthropy, pharmaceutical companies and hospitals is essential to being able to offer new and novel cutting edge therapy to these kids. The donation we have received from Zoe’s Fight and RCDF will be crucial to allow us to open several new trials immediately and into the future. We cannot thank Penny, Liz and all at Zoe’s Fight and the RCDF enough,” said Jordan. 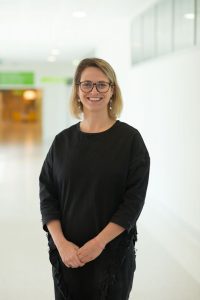